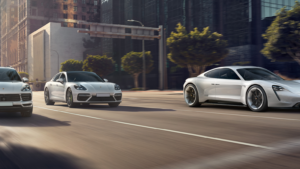 Porsche is providing intelligent support in real-time by equipping their Car Configurator with a new advisory function that draws on artificial intelligence.

This new function that has been added to the Porsche Car Configurator will offer individuals specially tailored suggestions as to how they might configure their vehicle ‘Recommendation Engine’ uses artificial intelligence to determine suitable and unique configuration options with a combination of billions of possibilities in a fraction of a second.

The new tool is based on several million data points from the Car Configurator. To implement it, more than 270 machine learning models were trained for specific markets and derivatives.

These are known as neural networks, they use algorithms to find different patterns in the data, giving it possibilities to predict various options to deliver the greatest benefit for each individual customer, based on the choices they make. As per the tests run, the recommendations have been more than 90 per cent accurate, this result is driven with the Recommedation Engine self optimising itself based on new data that is fed, the rate will improve over time.

“The Porsche Car Configurator by using artificial intelligence, they make the configuration process easier for every customer.

. “We’re using this technology to create a truly personalised online experience where we display relevant equipment options. No two users will receive the same recommendations.” Porsche has taken particular care to ensure data protection and anonymity, so users’ privacy remains protected at all times.

The Porsche Car Configurator is currently available to customers in the following markets : Germany, China, United States of America, Great Britain, Switzerland and Taiwan with more to be added at a later stage.

Users can access the virtual consultation via the Recommendation Engine by clicking on a light bulb icon at the bottom of the page. As part of its digitalization strategy, Porsche is using AI in a way that is clearly geared towards customer benefit, pursuing the goal of inspiring customers by extending its unique product and brand experience to the online sphere. 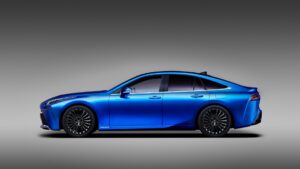 Toyota, on an online forum on Monday, mentioned that by 2025 they would start sales of electric cars using a solid-state battery, a new technology that alters the chemistry to reduce car weight and lower charging time.

The company suggested that the model could be a low volume brand builder, the same way as the first Mirai fuel cell car.

“We may start with something that is not necessarily mainstream but the ambition is to gradually expand,” a Toyota spokesman said.

Toyota will produce six models on the e-TNGA (the Toyota New Global Architecture for electric cars) for both Toyota and Lexus.

When the platform was announced in October 2019, the automaker said e-TNGA was flexible enough to accommodate an SUV with three seating rows to a sport sedan, a small crossover or a compact car.

The platform will support rear-wheel, front-wheel, and all-wheel drive layouts with differing battery sizes ranging from 50-kilowatt hours to 100kWh.

Toyota, compared to other rivals has been slow to roll out electric vehicles especially with its biggest global rival in size, Volkswagen Group, but is aiming to make up lost ground using both e-TNGA and fuel cell vehicles such as the Mirai.

Toyota Europe CEO Johan van Zyl said he expected the automaker’s share of plug-in and fuel cell vehicles to rise to 35 percent by 2030, with full-hybrid vehicles at 50 percent and plug-in hybrids at 10 percent. 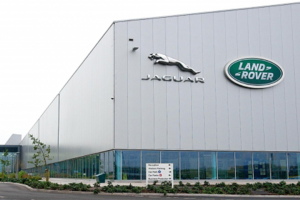 Jaguar Land Rover has partnered up with various global software, mobility, and telecom companies to create the smart city hub that will cater to real-world testing of connected technology where self-driving vehicles share the roads with other cars, pedestrians, and cyclists

The Future Mobility Campus Ireland (FMCI) will be a collaborative 12km testbed spread of public roads, providing the facilities and expertise to make use of valuable sensor data, simulate a variety of road conditions and traffic environment to try the new technologies. The new Jaguar I-Pace will be deployed as part of the trials.

Jaguar Land Rover’s research into autonomous, connected, electrified and shared vehicles will advance with the testbed – It is a key part of the company’s commitment to developing pioneering technologies to make societies safer and healthier.

It will be a hub to provide first-class facilities for global companies to work together and develop world-leading technology ranging from autonomous vehicles to a well-connected infrastructure. The testbed provides a ground to help answer many questions posed by the future of mobility in a collaborative and efficient way.

Equipped with sensors throughout the site alongside a high-accuracy location system, a data management and control center, and self-driving prototype vehicles. The real-world facility will feature smart junctions, connected roads, autonomous parking, and electric vehicle charging as well as links of connected highways that stretch up to 450km.

Jaguar Land Rover is a lead partner of the FMCI and will collaborate with a host of other global technology companies to develop the facility, including Cisco, Seagate, Renovo, Red Hat, Valeo and Mergon. Traditionally such testing sites have been established overseas. The FMCI provides Jaguar Land Rover with a key research site next to an existing facility: its Shannon software hub.

“This partnership with FMCI provides us with a real-world facility to trial our emerging autonomous, connected, electrified, and shared technology in a strategic location. Collaborating with top-tier software companies will allow us to develop our future systems more efficiently.” – John Cormican, General Manager, Shannon, Ireland, Jaguar Land Rover 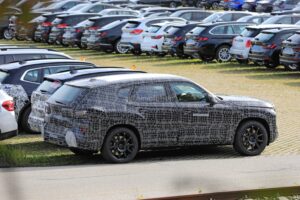 BMW X8 – A Flagship SUV in the works

Finally! There is evidence of the rumors of a new BMW SUV positioned above the current X7. The fact is that it is coming soon.

The prototype of the new SUV has been spotted to reveal that it has adopted the sloped roof design from the X2 instead of the flat roof present in X5 and X7 models. Such a design provides more headspace for the rear passengers.

The model X8 will most likely be attached to the upcoming SUV upon discovery of a trademark filing for ‘X8’ with the United States Patent and Trademark Office as far back as 2016. It has also been noticed that ‘X8 M’ has also been trademarked, hinting at a potential high-performance variant of the model. Rumors reveal that the M version of the new SUV will have an electrified V-8 delivering a whopping 750 horsepower.

The image of the prototype that has been making the rounds is a hybrid, specifically a plug-in hybrid with a sign of a cover for a charging port noticed on the driver’s side front fender. The powertrain of the hybrid is most like to be a version of the 3.0 liter inline – 6 paired with a single electric motor setup producing a good 389 horsepower and 442 PD-ft of torque.

The X8 is the same high riding version as the X7. Both the SUVs are most likely to share styling cues as the new X7 prototype spotted has similar styling to the X8.

All 3 BMW flagship models are planned to arrive in 2022 likely to arrive as 2023 models. The X8 will be competing in the mid to full-size luxury SUVs category with the Audi Q8, the upcoming Jaguar J-Pace. 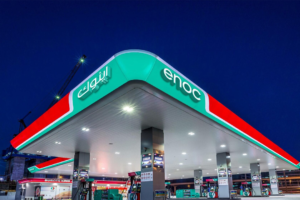 ENOC will be offering all grades of fuel that include Diesel, Special 95, Super 98, and E-PLUS 91 in 22 of its active service stations. The group plans to offer its full range in all the upcoming service stations in UAE.

E-PLUS 91 is a supplement to the current offerings of Emarat which are Diesel, Special 95, and Super 98. 20 Emarat service stations are currently offering the 91 octane fuel. The full rollout will be carried out in three phases with the entire Emarat network offering the E-PLUS 91 by 2021 first quarter-end.

ENOC and Emarat will jointly identify select stations across their network to meet the demand of commercial fleets by replacing Diesel and 98 fuel with E-PLUS 91.

His Excellency Saif Humaid Al Falasi, Group CEO, ENOC, said: “We recognize the importance of providing a diverse fuel offering to meet our customer’s demand for fuel; for both individuals and commercial fleet operators. The addition of E-PLUS 91 is in line with ENOC’s focus to enhance customer experience and accessibility to a wider range of products.

His Excellency, Ali Khalifa Al Shamsi, Director General, Emarat said: “Expanding our range of fuel offerings to include E-Plus 91 is a step in the right direction. We pride ourselves on delivering products and services according to customer demands and this initiative supports, in particular, our commercial customers as they review business strategies creating leaner, more agile, and cost-effective enterprises for the future.” 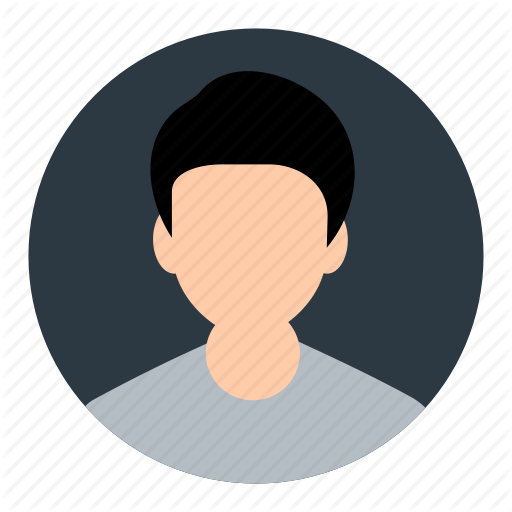 Excellent agency, serious! Flexible, possible negotiations. The agency is located in Media City in front of General Electric near BBC, where there is a large outdoor parking fee!
A bit hard to find;) I recommend.